How similar is Lalu Prasad Yadav and Donal Trump?

March 27, 2016
Its amazing how two people continents apart could be so similar. We recently analysed personality of Mr Lalu Prasad Yadav and Donal Trump and the results are:

Both these personalities are favourite of Caricature Artist. See the images below: 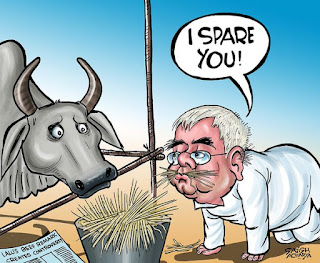 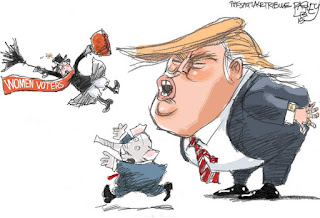 Both of these characters have been favourite of SitCom and Standup Artists. Check out the video below:

Both indulge in "polarization of masses" for politics:

Lalu Prasad have always supported caste based politics in India, and have divided the country based on caste and have supported Reservation in the Country based on the caste. Thats one of the major reason of his popularity.

Laloo have gone to the extent of using a look alike of Osama bin Laden in an attempt to woo Muslim voters. Luckily enough this move backfired.

On the similar lines, Donald Trump is trying to polarise the US metropolitan society by going against  muslim comment and Mexican immigrants to gain popularity. He is advocating banning of Muslims from US.

Laloo on other end have accused LK Advani of a conspiracy to assassinate Md Ali Jinnah and described him as an international absconder.

Donal Trump has a current net worth of $4.5 billion. He had inherited around US$200,000 from his father.
While Lalu Prasad Yadav have siphoned around Rs 4.5 billion in fodder scam.

Donald Trump have 5 children with 3 wife.

While Lalu has 9 children, google faces problem to fit answer to this question in single screen ;)

Lalu have been convicted in corruption case. He has been charged for Fodder Scam, Disproportionate Asset cases. He had lost his parliamentary seat for being convicted for Fodder Scam. Though lots of cases against him are been closed by a plea from Nitish Government.

Donald Trump have been involved in various legal battle through out his life though case of corruption have been registered against him.