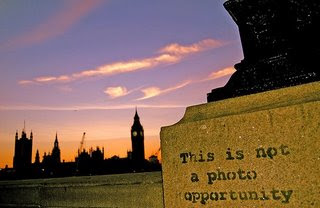 You must be wondering that i am posting too much about London nowadays. But whatever it is a mere co-incidence or destiny that again i have come across something which links back to the city on the bank of The Great Thames. The name is Banksy the famous graphiti artist who is been voted the best British artist alive. He is a hidden artist and renowned for his subcersive art. Graphiti is illegal in Britain and thus he keeps his identity hidden.

His messages are usually ant-war,anti capitalist,anti-establishments or pro-freedom.One can found his work while walking down the lanes of the city. 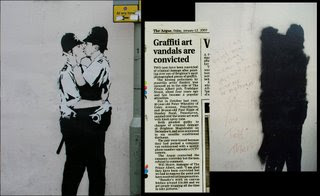 When two guys painted over this artwork of two Brighton coppers kissing (one of the most photographed sights in Brighton), they were convicted on charges of ‘criminal damage’.

Robert Banks (born 1974), better known as Banksy, is a well-known yet pseudo-anonymous English graffiti artist from Yate near Bristol. His artworks are often satirical pieces of art which encompass topics from politics, culture, and ethics. His street art, which combines graffiti with a distinctive stencilling technique, has appeared in London and in cities around the world.

Banksy started as a freehand graffiti artist in the late 1990s as one of Bristol's DryBreadZ Crew (DBZ), often assisting writers Kato and Tes. In 1998 he arranged the enormous 'Walls On Fire' graffiti jam on the site of the future '@t Bristol' development. The weekend long event drew artists from all over the UK and Europe and his organisation of the event established his name within the European graffiti scene. By 2000 he had turned to the art of stencilling after realising how much less time it took to complete a 'piece'. He claims he changed to stencilling whilst he was hiding from the police under a train carriage, and soon became more widely noticed for his art around Bristol and London. 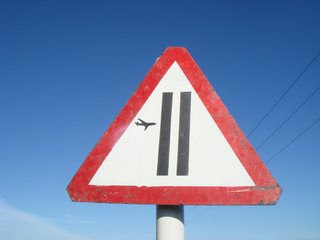 Banksy's stencils feature striking and humorous images occasionally combined with slogans. The message is usually anti-war, anti-capitalist, anti-establishment or pro-freedom. Subjects include animals such as monkeys and rats, policemen, soldiers, children and the elderly. He also makes stickers (the Neighbourhood Watch subvert) and sculpture (the murdered phonebox), and was responsible for the cover art of Blur's 2003 album Think Tank.

After Christina Aguilera bought an original of Queen Victoria as a lesbian and two prints for £25,000, on 19 October 2006 a set of Kate Moss paintings sold in Sotheby's London for 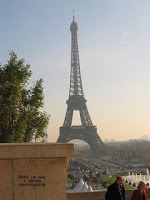 £50,400, setting an auction record for Banksy's work. The six silk-screen prints, featuring the model painted in the style of Andy Warhol's Marilyn Monroe pictures, sold for five times its estimated value. His stencil of a green Mona Lisa with paint dripping from her eyes sold for £57,600 at the same auction.

On 7 February 2007, Sotheby's auction house in London auctioned three Banksy works and reached the highest ever price for a Banksy work at auction of over £102,000 for his Bombing Middle England. Two of his other graffiti works, Balloon Girl and Bomb Hugger, sold for £37,200 and £31,200 respectively, which were well above their estimate prices.

More of his work of art::CLick to enlarge. 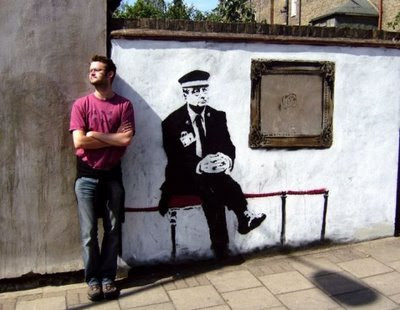 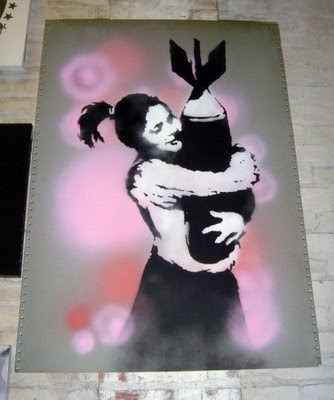 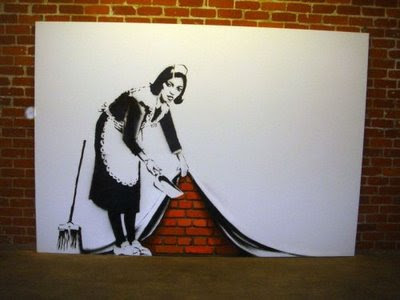 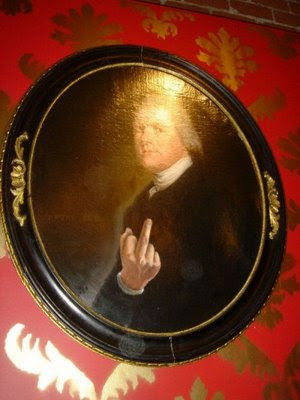 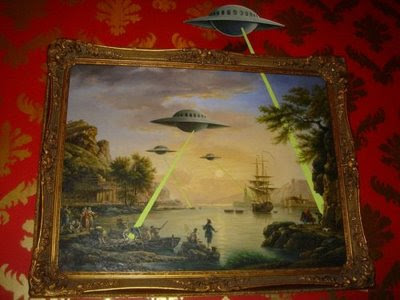 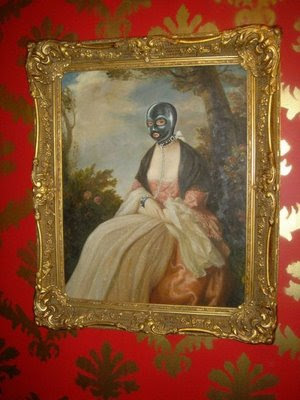 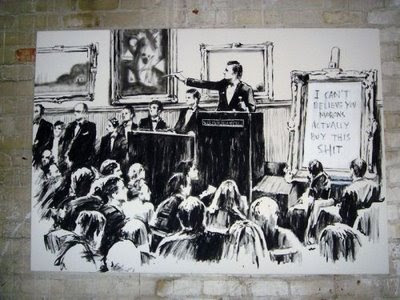 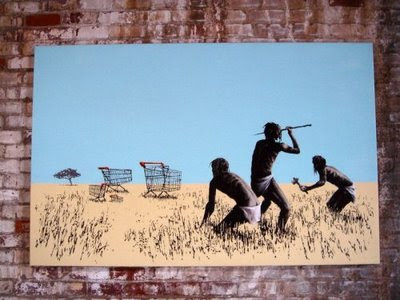 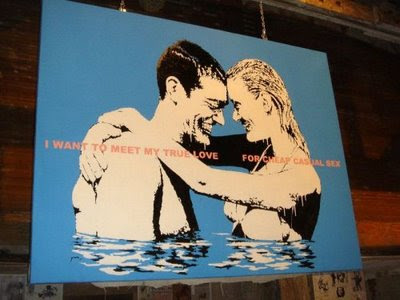 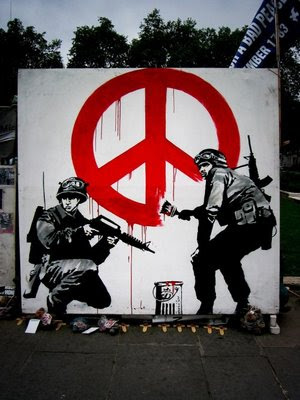 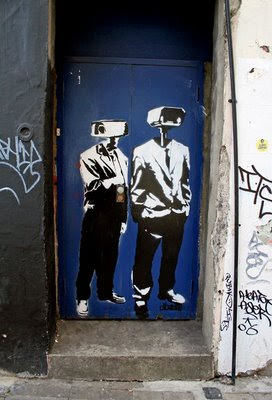 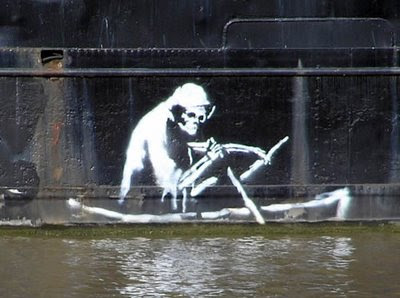 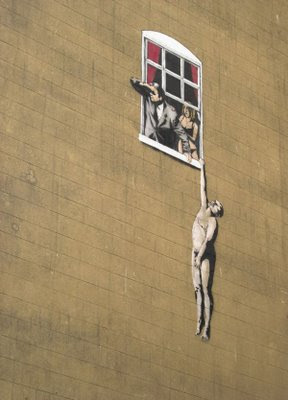 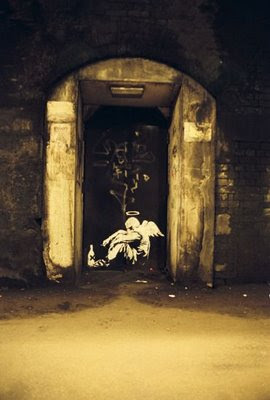 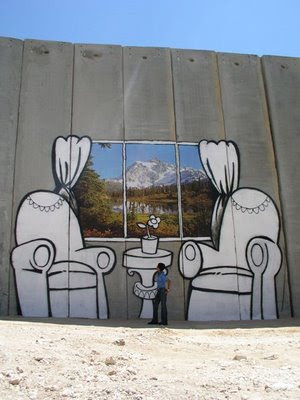