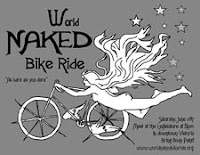 London: Cyclists in Britain and around the world are gearing up to celebrate the fourth World Naked Bike Ride (WNBR), in protest against global oil dependency. According to the WNBR Web site, bike races are planned in Brighton, Bristol, Bath, Edinburgh, and London and are open not just to cyclists, but also nude roller skaters ment. and skateboarders.

The main event is expected to be in London with around 1,000-2,000 participants lining up at the statue of Achilles in Hyde Park for a 10 km ride, which will pass some of London's most famous tourist sites, including Piccadilly Circus, Trafalgar Square, Big Ben and the Houses of Parliament. 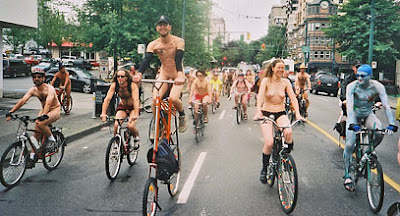